Please join us in congratulating our UWSC Associate Director, John Stevenson! John was awarded the 2022 John M. Kennedy Achievement award by the Association of Academic Survey Research Organizations (AASRO). Additionally, John was named the 2022-2023 AASRO President, where he will direct AASRO activities and preside over meetings.

Below is a press release from AASRO, commending John on his many career achievements: 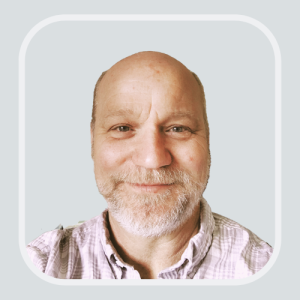 John Stevenson, Associate Director of the University of Wisconsin Survey Center (UWSC), has been named the 2022 recipient of the John M. Kennedy Achievement Award given by the Association of Academic Survey Research Organizations (AASRO) for his service and leadership in academic survey research.

Stevenson’s distinguished career includes 23 years’ service in the role as Associate Director at UWSC. He has also served as a member of the Institutional Review Board, charged with the protection of research subjects, at the University of Wisconsin since 2004.

Widely recognized as a national leader in the conduct of academic survey research, under Stevenson’s direction, UWSC has grown more than seven-fold and dramatically increased both the quantity and quality of its work. It currently ranks as one of the nation’s largest university-based survey centers.

A founding member of AASRO, Stevenson has been involved since its first meeting, serving the organization in many capacities, including as President (2021-22). Stevenson’s professional service extends to the Midwest Association for Public Opinion Research (MAPOR), where he was selected as a Fellow in 2017 and served as a Councilor-at-Large in 2020-21. He has also provided service to the American Association for Public Opinion Research (AAPOR), where he assisted with the development of, and served on the Editorial Board, of the e-journal Survey Practice from 2006-12.

The awarding organization, the Association of Academic Survey Research Organizations or AASRO, is dedicated to supporting and promoting excellence in survey research, and training the next generation of survey methodologists and public opinion researchers. Membership is made up of academic survey research organizations from across the country. For more information, visit www.aasro.org.